Going along Yasukuni-Dori avenue from Shinjuku station it is impossible not to see the imposing Ichiban-Gai, the red portal / sign that announces the entrance to Kabukichō.

Kabukichō is a district of the Shinjuku district of Tokyo. It is one of the liveliest and most transgressive areas in all of Japan, especially after sunset, when the neon lights of the signs turn on and the streets and numerous nightclubs managed by the Yakuza are crowded with people of all kinds.

We often hear the definition of this “Yakuza district” as a dangerous place that is best avoided, but when it comes to Japan it is appropriate to contextualize. You know those photos of policemen who have nothing more urgent to do than help some ducks cross an intersection? Here, they all come from Japan. Going around Kabukicho is actually very safe, because the economic income of the Yakuza comes from the businesses they run on the territory, not from thefts or robberies, which would alienate potential customers.

A fragment of the classic bad day of 4 Japanese policemen. Source: sibaken_games

The only real risk you run while walking around Kabukichō is that of being lured by thugs who with more or less convincing arguments (sex, drugs and rock & roll) try to lead tourists into the local trap of their Yakuza leaders. There's one of these shady guys every 10 meters, and it's pretty nerve-wracking to have to turn down their invitations all the time.

During my vacation in Japan I went to Kabukichō for a few evenings, and on the 20th proposal to enter one of those clubs I started to refuse with angry replies, and one of the buttadentro did not seem to have taken it well. After glaring at me he started following me, and I quickly pulled out my phone to say goodbye to my family and friends.

- Here, now wait for me to end up in an alley without people and hit me on the head. I will be robbed, kidnapped and the Yakuza will demand a ransom from my family for having me back.

I started to lengthen the pace to sow it.

At that point I took courage, and faced it.

- Your backpack is open. Not safe. Close it. 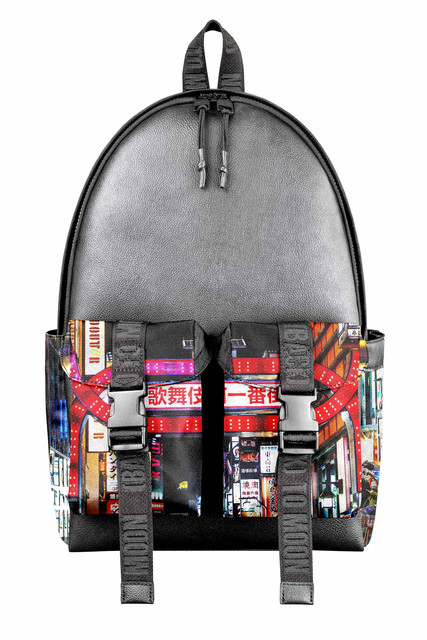 Kabukichō is the backpack that inspired this story by Manuel Altieri