It will have happened to you at least once in your life to feel misunderstood. In the eyes of your parents, your friends, your colleagues maybe. You feel sure you have expressed a clear concept, an image of ourselves in line with what we want to show. But on the other hand, in the eyes of the "spectators", we appear different in ways that perhaps scare and despise us. Or that flatter us and paint us better than we think we deserve, as in the eyes of the people we love.

As children they explained to us that we talk about points of view. What an incredibly human situation, don't you think?

And if I told you that this same phenomenon also occurs when we look at the stars in the sky, would you believe me?

Everything is based on a very simple concept: what we perceive as reality is a sum of inputs filtered by our senses. If our senses are fallacious, limited and prone to "errors", our worldview will somehow be "wrong".

I'll give you an example: the stars that populate the sky are, as far as we know, infinite (or at least so many as to exceed human conceptions of truly imaginable quantities). Yet, even on the clearest night, with the most high-tech telescope on the market, you will never be able to see a purple star. You will find yellow, red, blue, white ones. But it doesn't violate.

I look at the stars in the sky.

There are no purple stars among the stars I observe.

Or, given what we have just said, purple stars do not exist FOR US.

In fact, what we have discovered is that the human eye does not perceive all colors in the same way. Without getting too technical (link to learn more), this graph shows the sensitivity of the human eye to various colors. As you can see, purple is relegated to a tail on the left, immediately after a bully blue. Stars almost always emit light over the entire visible spectrum, but they have an intensity peak centered on a particular color. Even if the peak were centered on purple, the eye would tend to perceive the blue component (which is the closest) predominantly. If that's not enough, this peak may not actually be on the purple. In fact the actual color of a star can be described by the so-called Planck locus, which looks like the black curve in this diagram. The diagram tells us that visible stars can be a faint red, then orange, then yellow, then white, and finally blue. End. Not all colors are represented: the line never crosses green or the violet. The icing on the cake is that as the temperature rises, that line converges to blue. In other words, you could never raise the temperature so high that a purple star appears. Rather, even the hottest objects would continue to appear blue, only emitting more light.

The moral of this story?

Our senses are incredible, they allow us to read the world around us with precision and incredible speed. But they are fallacious. To compensate, we must use our sense sense, the Critical sense.

Our incredible brain allows us to analyze the data of our senses, even to question them. Like when we read an online news and decide to check the sources to understand if it is a hoax, let's take the time to do the same thing with people. Our first impression is not always the most truthful.

Not being limited by the laws of physics, the (Back) to the Moon team decided to tell us about an alternative universe, where all the stars are white canvases, waiting to be colored by the eyes of the beholder. And instead of the usual space black, the space of this universe is violet, a tribute to those stars that, in our universe, we cannot admire except by going beyond appearances. 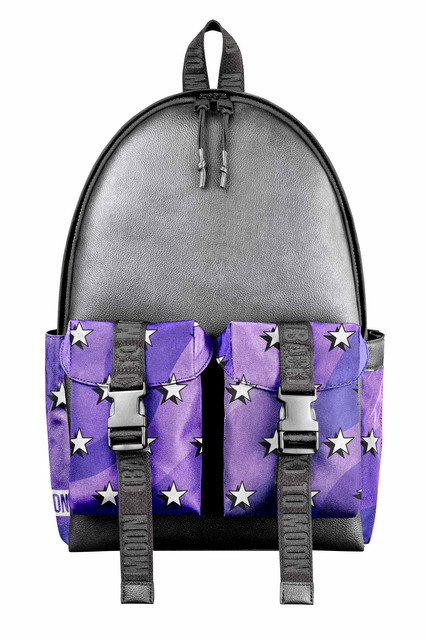