The young man fled into the desert and the middle-aged man followed him.
Thirst.
Sweat.
Sand.
Running was not an option. Walk fast to the max. Walk,
there.
He climbed a dune, reached its peak and descended on the opposite side,
but that was always behind him.
A scorpion basked in the sun. The huge sting glistened
in the sand. The young man avoided him in terror. The middle-aged man there
passed over with the shoe.
Sun.
Suffocation.
Dryness.
"Stop," he heard himself scream in the silence of the desert, but the young man did not
stopped.
He walked for another hour.
Then he fell to his knees.
He got up.
In front of him an imposing figure on the back of a camel.
Only the eyes visible, deep and ineluctable. The rest of the body
covered with the blue wool of the traditional Tuareg dress.
The young man folded his hands, begging for help. Praying to be
saved.
The other pointed to the sky, as if to say that one cannot escape from
fate.
Then the camel resumed its slow march, leaving behind
itself heavy footsteps and a certain regret.
The young man gathered his last strength and continued to flee.
Ten meters ahead he felt faint.
This time he didn't have the strength to leave.
He crashed to the ground, his neck and back in the hot sand.
He stood still, now resigned to his fate.
The middle-aged man was not long in catching up with him.
He took the object out of his pocket and pointed it in front of her eyes.
The trembling hand.
“Would you raise the brightness of the screen for me? I do not know that I have touched and now
you can't see anything anymore. " 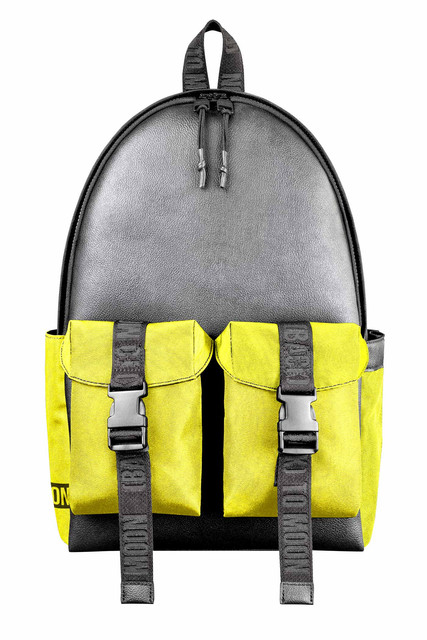 Desert is the backpack that inspired this story by Mattia Grossi